Suggestions for features or improvements
Reply

#76917 by Zachary2023154 Sun Mar 24, 2019 6:58 pm
Add a new option along with the options "Clan Instance" "Friendly" and "Hostile" an "Elite Instance" option in which everything is the same except for that any artifacts dropped in Antor have +15 levels, artifacts dropped in Gellan have +30 levels, and artifacts dropped in Rapir have +50 levels, because every enemy in the system will have 10x stats (damage, hp, sh, sh regen, armor) and 1.5x speed. Any weapon drops should also be 10x greater. Enemies should still spawn with auras, meaning a gold zlatte will have 100x the hp and sh of a normal zlatte and 60x the damage. I feel as if this will make a new, harder challenge for older players (not players like me but actual maxed players that are level 150) in systems where even mobs such as tefat or chelindron can hurt or kill. I also think that certain drops such as gold crates should also have 10x drops, for instance, the cleaner in a elite system would then potentially drop about 300K steel and 70K iridium, along with level 112 artifacts. Of course, some of these enemies would be near impossible to kill without a large team, such as an elite cleaner or an elite nexar commander, elite dreadnought or elite regius.

#76921 by Malfunction Junction Sun Mar 24, 2019 10:02 pm
Lv150 players would Bulldoze through these, it wouldn't be too good of an addition, to me.. if it's more of an option meant for high-level players.
My account name is God, contact me via the game if you need to for some reason.

#76922 by Zachary2023154 Mon Mar 25, 2019 6:21 am
I doubt level 150 players would be able to bulldoze through a cleaner with 317 million health and 10x damage, not to mention 15K-25K armor and instantly healing if it damages you. Elite systems would actually make places like Honarion dangerous again. I also don't think that a level 150 would be able to bulldoze anything in Fulzar or Vorsran (apart maybe a stealth bomber, but those are stealth bombers

). To lower levels (75-125) elite systems such as Antor and Gellan would be dangerous, about their level. For 125+, elite systems would be about the same as normal, until they get to fulzar and vorsran, where suddenly enemies like warriors, monachi, plankton and macrophages get more dangerous, along with already dangerous enemies like battlecruisers, queens, judis, regius,blobs and exec. Vorsran would basically just kill you, creating challenges for higher levels used to just tanking everything. The rewards would be that suddenly good arts aren't exclusively gained through zhersis and blobs, but through all of fulzar and vorsran, if you are strong enough to get them.

#76923 by Malfunction Junction Mon Mar 25, 2019 2:50 pm
If they have a blade, armor debuff, energy resist debuff, kinetic debuff, and concussion spheres, cleaner wouldn't last long. I still feel it's an unnecessary feature though.
My account name is God, contact me via the game if you need to for some reason.

#76924 by Zachary2023154 Mon Mar 25, 2019 3:57 pm
The thing is, elite systems would provide an actually challenging way of farming MUCH faster at the cost of a high risk of death. Farming cleaner would be much more rewarding, for instance, but would actually slow down level 150s, while still allowing them a way to farm enough steel/iridium to experiment freely on ships. Another thing is, many higher levels like 150s don't have anything to do, but fighting higher level enemies for once and trying out an elite vorsran and fulzar would actually give them a reason to go back to playing the game.

#76925 by Nightsky Mon Mar 25, 2019 3:59 pm
The thing is: We don't just have the Cleaner. And this idea isn't new, it has been suggested many times in the past in different colors and shapes. This would allow strong players to get even stronger, and weak players become more and more confused about the difficulty of the game, dragging this game down even further than it already does.

This would shift the balance of the game even more, more specifically in PvP. And believe me, you don't want that. 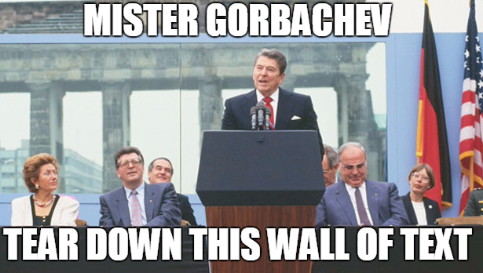 “The only thing necessary for the triumph of evil is for good men to do nothing.” -Edmund Burke
Username
BrianN
Rank
Colonel
Posts
1670
Joined
Wed Oct 21, 2015 2:17 pm
Location
Wisconsin
Reply
Return to Suggestions

Users browsing this forum: No registered users and 3 guests